The Project includes "Eisenhower's Secret War," a two-hour documentary that appeared public television stations nationwide, 2012-2017, the 4-part Eisenhower Legacy DVD series (available from Ambrose Digital), a 60-minute television special "Allied Commander," a 20-part classroom series and a video preservation project. All of these programs were written and produced by George A. Colburn, Ph.D. 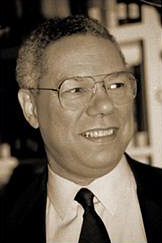 THE EISENHOWER LEGACY features interviews with key witnesses to the major events of the era. Many of them worked closely with Ike during his odyssey as America's most trusted and beloved public figure. They enrich the series with intimate details on his life and actions. These interviews are intercut with archive film and stills from American, British, French, German and Soviet sources. A few of the 150 interviewees are noted below.